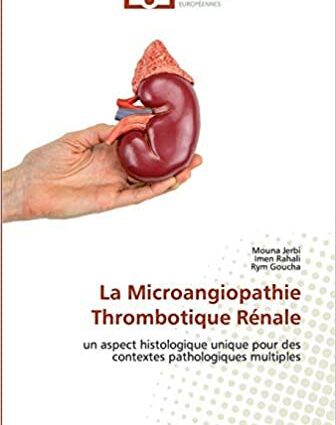 Defined as damage to small blood vessels, microangiopathy is observed in various pathologies. It can induce suffering in different organs, with very variable consequences depending on whether it is associated with diabetes (diabetic microangiopathy) or with a thrombotic microangiopathy syndrome. Organ failures (blindness, renal failure, multiple organ damage, etc.) are observed in the most serious cases and in the event of delay or failure of treatment.

Microangiopathy is defined as damage to small blood vessels, and more particularly arterioles and arteriolar capillaries that supply organs. It can occur under different conditions:

Diabetic microangiopathy results from chronic hyperglycemia which causes damage to the vessels. These lesions set in late, with the diagnosis often being made after 10 to 20 years of disease progression. They are all the more early when the blood sugar is poorly controlled by drugs (glycated hemoglobin, or HbA1c, too high).

In diabetic retinopathy, excess glucose first leads to localized micro-occlusions of the vessels. Small dilations of the vessels are then created upstream (microaneurysms), leading to small hemorrhages (punctiform retinal hemorrhages). This damage to the blood vessels results in the appearance of poorly irrigated retinal areas, called ischemic areas. At the next stage, new abnormal vessels (neovessels) proliferate on the surface of the retina in an anarchic fashion. In severe forms, this proliferative retinopathy causes blindness.

Više o temi:  Symptoms and people at risk of preeclampsia

In diabetic neuropathy, damage to the nerves results from microangiopathy, combined with direct damage to nerve fibers due to excess sugar. They can affect peripheral nerves, which control muscles and transmit sensations, or nerves in the autonomic nervous system that control the functioning of the viscera.

The term thrombotic microangiopathy designates diseases with very different mechanisms despite their common points, the causes of which are not always known.

Thrombotic Thrombocytopenic Purpura (TTP) most often has an autoimmune origin. The body makes antibodies that block the function of an enzyme called ADAMTS13, which normally prevents the aggregation of platelets in the blood.

In rarer cases, there is a permanent deficiency of ADAMTS13 linked to hereditary mutations.

The hemolytic uremic syndrome (HUS) results in the vast majority of cases from an infection. The different bacterial strains incriminated secrete a toxin called shigatoxin, which attacks the vessels. But there are also hereditary HUS, linked to cancer, to an HIV infection, to a bone marrow transplant or to the taking of certain drugs, in particular anti-cancer drugs.

The diagnosis of microangiopathy is primarily based on clinical examination. The doctor may perform various examinations depending on the context of occurrence and the symptoms, for example:

Diabetic microangiopathies are relatively common. About 30 to 40% of diabetics have retinopathy at different stages, or about a million people in France. It is the leading cause of blindness before the age of 50 in industrialized countries. Diabetes is also the leading cause of end stage renal disease in Europe (12 to 30%), and an increasing number of type 2 diabetics require dialysis treatment.

Thrombotic microangiopathies are much less common:

PPT can be promoted by pregnancy.

Symptoms of diabetic microangiopathy set in insidiously. The evolution is silent until the appearance of complications:

The symptoms are varied, and most often onset.

The collapse of the level of blood platelets (thrombocytopenia) in the PTT causes bleeding, which is expressed by the appearance of red spots (purpura) on the skin.

Organ pain varies widely but is often significant. In severe cases, there may immediately be a drop in vision, impairments in the limbs, neurological (confusion, coma, etc.), cardiac or digestive disorders, etc. Kidney involvement is generally moderate in PTT, but can be severe in HUS. The bacteria responsible for HUS are also the cause of sometimes bloody diarrhea.

The medical treatment of diabetes makes it possible to delay the onset of microangiopathy and to limit the consequences of damage to the vessels. It is based on hygienic and dietary measures (appropriate diet, physical activity, weight loss, avoidance of tobacco, etc.), on monitoring the blood sugar level and on the establishment of an appropriate drug treatment (anti-diabetic drugs or insulin).

The ophthalmologist may suggest laser photocoagulation treatment targeting the early lesions of the retina to prevent them from progressing.

At a more advanced stage, pan-retinal photocoagulation (PPR) should be considered. The laser treatment then concerns the entire retina, except the macula responsible for central vision.

At the stage of end-stage renal disease, it is necessary to compensate for the dysfunction of the kidneys either by dialysis or by resorting to a renal transplant (transplant).

Thrombotic microangiopathy often justifies the establishment of emergency treatment in an intensive care unit. For a long time, the prognosis was rather bleak because there was no suitable treatment and the diagnosis was inefficient. But advances have been made and now allow healing in many cases.

It is mainly based on plasma exchanges: a machine is used to replace the patient’s plasma with plasma from a voluntary donor. This treatment makes it possible to supply the ADAMTS13 protein which is deficient in the PTT, but also to rid the patient’s blood of autoantibodies (HUS of autoimmune origin) and of proteins which promote the formation of clots.

In children suffering from HUS associated with a shigatoxin, the outcome is often favorable without the need for plasma exchange. In other cases, plasma exchanges should be repeated until the platelet count is normalized. They are rather effective, but can present risks of complications: infections, thromboses, allergic reactions …

They are often associated with other treatments: corticosteroids, antiplatelet drugs, monoclonal antibodies, etc.

Treatment of infections with antibiotics should be individualized.

Resuscitation measures may be necessary during emergency hospitalization. The occurrence of neurological or cardiological symptoms is closely monitored.

In the long term, sequelae such as renal failure are sometimes observed, justifying therapeutic management.

The normalization of blood sugar and the fight against risk factors is the only prevention of diabetic microangiopathies. It should be combined with regular monitoring of the eyes and kidney function.

Antihypertensive drugs have a protective effect on the kidney. It is also advisable to reduce the intake of dietary protein. Certain drugs that are toxic to the kidney should be avoided.

Prevention of thrombotic microangiopathies is not possible, but regular monitoring may be necessary to avoid relapses, especially in people with TTP.