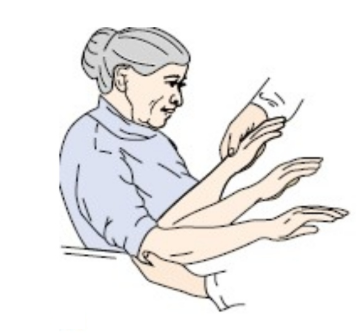 Bradykinesia is a motor disorder characterized by the slowing of voluntary movements, generally associated with akinesia, that is to say a rarity of these movements. This motor slowdown is typical of Parkinson’s disease, but may be related to other neurological or psychiatric conditions.

Bradykinesia, what is it?

Bradykinesia is a motor disorder that is defined as slowness in the execution of movements without loss of muscle strength. This slowing down is generally associated with a difficulty in initiating movement which can go as far as total incapacity, called akinesia. It can concern all the range of motor acts of the limbs (in particular walking or face (facial expressions, speech, etc.).

Main symptom of Parkinson’s disease, bradykinesia is also found in other neurological conditions grouped under the term parkinsonian syndrome. In these pathologies, there is a degeneration or damage to the cerebral structures forming what is called the extra-pyramidal system and a dysfunction of the dopamine neurons involved in the regulation of movement.

Disturbances in cerebral functions leading to psychomotor slowing down, or even states of stupor in which all motor activity is suspended, are also observed in various psychiatric conditions.

The diagnosis of bradykinesia is primarily based on physical examination. Various tests, timed or not, are likely to objectify the slowing down of the movement.

Several scales developed for the assessment of motor disorders in Parkinson’s disease offer a measure of the course of bradykinesia:

On a more experimental basis, we can also use motion sensors or 3D motion analysis systems. Actimeters – devices that record movement, in the form of a watch or a bracelet – can also be used to assess the slowing down of movement in everyday situations.

These are mainly people with Parkinson’s disease, but other neurological and psychiatric disorders are also accompanied by bradykinesia, including:

Age remains the main risk factor for neuronal dysfunction, but environmental factors (exposure to toxicants such as pesticides, taking psychotropic drugs, etc.) as well as genetic susceptibility can also play a role in the appearance of bradykinesia.

Most often, bradykinesia and akinesia set in gradually, increasingly affecting everyday tasks. People who suffer from these disorders describe sensations similar to those experienced under chemical straitjacket. To chain and coordinate his movements ends up becoming an ordeal. Emotion or fatigue further complicate their execution.

The gestures accompanying speech are becoming rarer and simple activities such as eating meals are slowed down.

Precise and / or repetitive movements are affected: it becomes difficult to button a coat, to tie your shoes, to shave, to brush your teeth … Writing in fly paws (micrograph) is another consequence of these disorders. .

Hesitations at the initiation of walking are frequent. Affected people adopt a characteristic small step, slow and punctuated by trampling. The automatic swing of the arms disappears.

The face becomes frozen, deprived of facial expressions, with increasingly rare blinking of the eyes. Slower swallowing can result in excess saliva. Speaking is delayed, with the voice sometimes becoming monotonous and low.

Treatment of associated pathologies can improve motor skills. L-Dopa, a precursor of dopamine constituting the cornerstone of the treatment of Parkinson’s disease, is particularly effective.

Rehabilitation does not correct neurological disorders but is useful in reducing their effects. Unfortunately, its effects tend to wear off in the absence of training.

In people with neurological disorders, the continuity of physical activities can delay the manifestations of bradykinesia and reduce its effects.